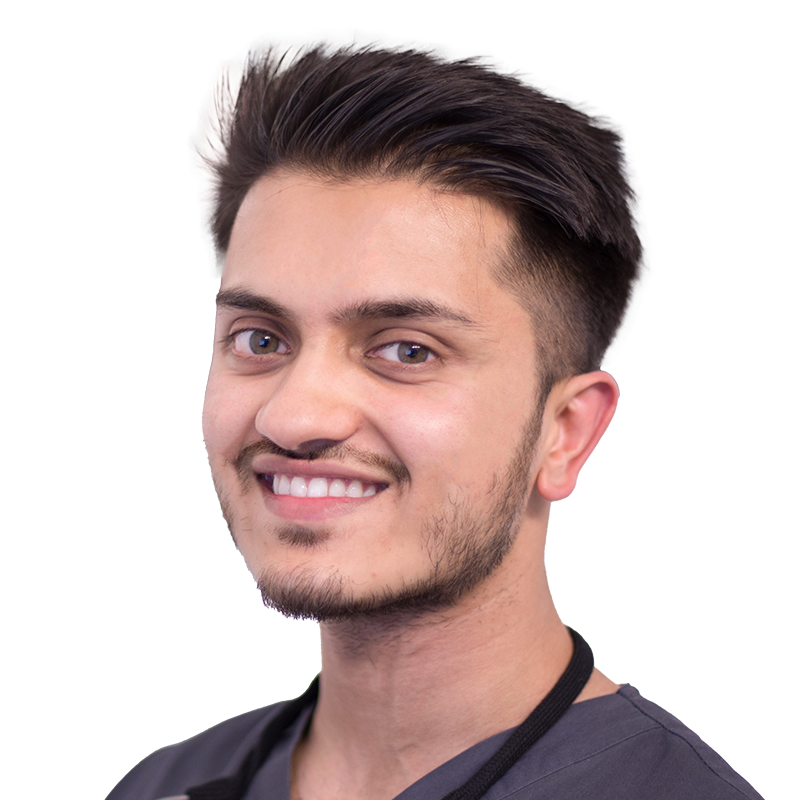 Dr Sarfaraaz Zahid qualified in Dentistry from the University of Liverpool in 2011 and then completed his vocational training year there, before returning home to Peterborough. He then worked as a general practitioner while undertaking further post-graduate training.

He was awarded Membership of the Faculty of Dental Surgery (MFDS) from the Royal College of Surgeons of Edinburgh In 2012, followed by a postgraduate Certificate in Restorative Dentistry in 2014 (from the University of Chester).

Sarfaraaz has a special interest in Endodontics (root canal treatments) and gained a place on the Master’s degree course in Endodontics at King’s College, London in 2017. He was awarded his MSc degree with distinction in 2020.  This qualifies him to focus on complex and challenging root canal cases which are typically referred by other dentists, and often involve highly detailed work under microscopic magnification.

And as if that wasn’t enough,  Sarfaraaz is due to commence further part-time specialist training at King’s College, London, leading to the Masters in Clinical Dentistry (MClinDent). This is recognised by the General Dental Council for full specialist status in Restorative Dentistry.